From Grieg to Gershwin

Part I: Songs of Solitude and Isolation

Part I of a three part concert mini-series, From Grieg to Gershwin, soprano Laura Loge and pianist Steven Luksan will share songs and piano works by Grieg, Grøndahl, Alnæs, Hurum, Olsen, and a world premiere by Luksan. This introspective performance explores, through music, the emotions and challenges we all are facing in these unexpected and unprecedented times. 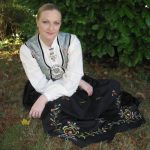 Soprano Laura Loge has been hailed for her “luminous stage presence” and “characterful and versatile voice.” Opera roles include Violetta, Musetta, Micaëla, Mother, Ännchen, Lisa, La Fée, Lucy, Rosalinda and others. She has been the soprano soloist in Mozart’s Requiem, Beethoven’s Ninth Symphony and Incidental Music to Egmont, Fauré’s Requiem, Grieg’s Songs for Soprano and Orchestra, Nielsen’s Third Symphony, Schumann’s Mass and Requiem, Handel’s Messiah, and Verdi’s Requiem. Laura specializes in Nordic art song and chamber music which she performs frequently. She has two albums of Nordic song, including Breaking the Language Barrier and Songs and Piano Music of Edvard Grieg, Op. 33 & 66. Laura is the Artistic Director of the Mostly Nordic Chamber Music Series at the National Nordic Museum and Founder and President of the Northwest Edvard Grieg Society. 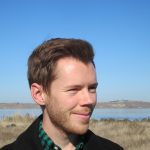 Composer and pianist Steven Luksan is a music educator and collaborative pianist making music in Seattle, WA. He is an accompanist at Seattle Opera, the pianist for the French Choir at Alliance Française de Seattle, and is active with the Northwest Edvard Grieg Society. Steven is a piano instructor and the staff accompanist at Music Center of the Northwest. Steven’s original compositions have been performed throughout the USA, as well as in Canada, Europe, and Asia. Steven received a Master’s Degree in Music Composition from the University of British Columbia and degrees in Music and Norwegian Language from the University of Washington.

This concert is sponsored in part by the following organizations:

With extra gratitude for their support to:
Leif Eie
Lori Ann Reinhall